It's worth pointing out that the Rixton and Warburton Bridge Act 1863 is still very much in force. Basic high school law students are taught "Parliament is sovereign" - e.g. what Parliament 'says' (typically writes down in Acts, or legislation) becomes law.

The next lesson for law students is that 'Parliament cannot bind it's successor' - Parliament can always change it's mind at later date, by changing the law, again typically via Acts or Parliament (legislation). Unfortunately, subsequent legislation typically only applies specific, limited changes, such that to understand the law in a particular area as it stands today, we have to read first the original legislation, then the first set of 'changes' (subsequent Acts), then the second set of changes etc. to get the full picture.

This section walks through the key Acts of Parliament that give rise to the current rights and obligations of the owners of the Rixton and Warburton Bridge. 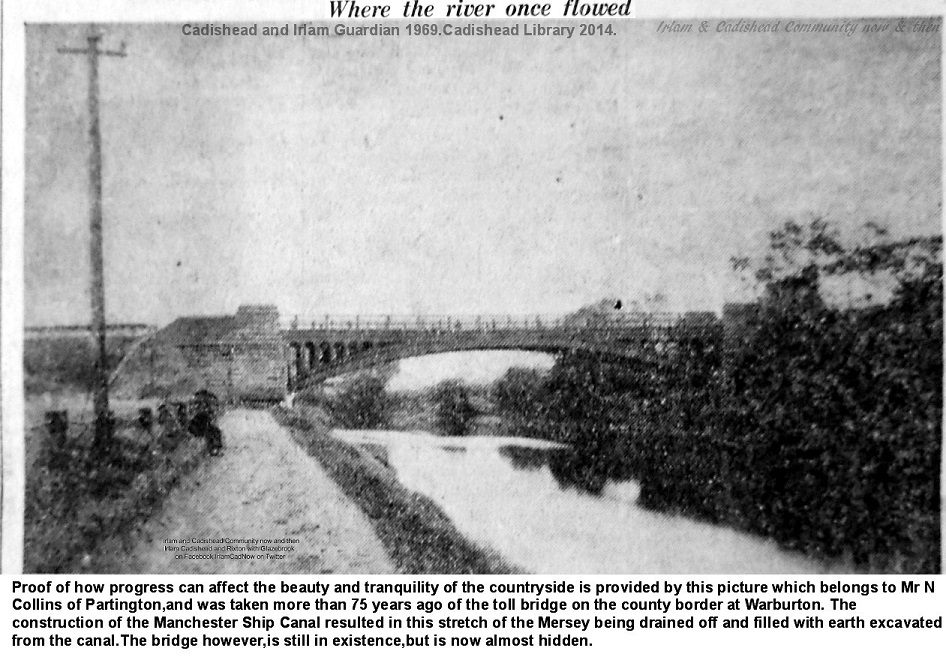 This act specifies a number of obligations and rights:

Parliament permitted the current toll to be charged in return for the financial risk of building a crossing over the river Mersey.

It appears that in 1867, the Rixton and Warburton Bridge is built, and is in use - it's now the 'Warburton Toll Bridge', crossing the river Mersey.

There's a lot going on in this Act.

this specifies an opening bridge, basically at the point where the northern approach road to the Rixton and Warburton Bridge crosses the new Ship Canal. The new bridge is to be 'about two chains' - approx 40m, so similar (unsurprisingly!) to the Latchford swing bridge.

The above needs to be considered with the following.

There are some specific sections that are particularly relevant:

Interpretation here matters. Parliament states "Road", not "Road and Bridge". The intention here is to ensure that travellers on any part of the diverted road are still liable to pay the Toll charge specified in the Rixton and Warburton Bridge Act of 1863.

Given the assets of the Rixton and Warburton Bridge Company are now owned by the Manchester Ship Canal Company, it's fair to assume that the same company is maintaining both the undertakings in the 1863 Rixton and Warburton Bridge Act - e.g. the bridge over the Mersey and the approach roads (now diverted), AND the new Cantilever bridge over the Manchester Ship Canal... BUT

The provisions of the Rixton and Warburton Bridge Company still stand:

So the Toll can only be used for the original scope of the 1863 Act, to maintain the Bridge over the river Mersey, maintain the approach roads, service borrowings and pay dividends.

Parliament could have specified that the new Cantilver bridge (works no. 35) was to be maintained by the Toll, but did not.

***links to extended transcriptions of the four Acts above, along with links to copies of the Acts themselves will be added shortly***